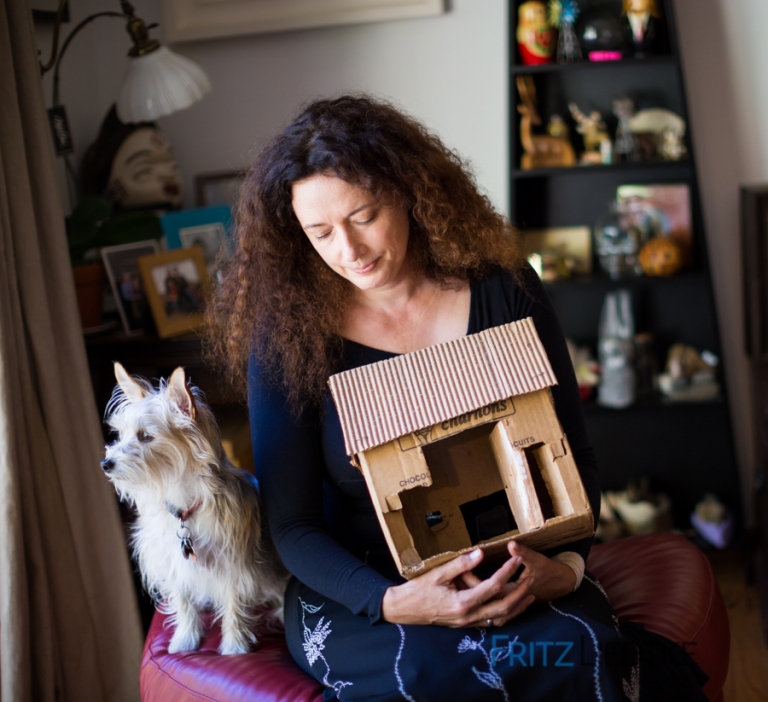 Belinda Beresford with a keepsake from South Africa

Belinda Beresford tells the story of sitting for two days with a woman in Zimbabe, dying of AIDS: “…We sat with her, and her family, cleaning her, trying to moisten her mouth, and bleakly aware that the only thing we could give was human contact to a traumatized family. The dead woman’t youngest children cried openly, the eldest ones tried to hide their tears.”

She went on to write about her experience in The Guardian, which led, in time, to more HIV/AIDS activism. And to adoption.

“I was approached by a woman who ran a refuge for HIV-positive women and their children in Johannesburg. I asked about a child I had seen previously while doing a story. ‘His parents are dead, he needs a home, will you take him?’ she asked. I wasn’t looking for another child, I had a young son of my own. But here was something else I could do. Help one child, even as I hadn’t been able to help the many other children I had seen.”

That child is her son Zenzo. Zenzo was lucky: he did not contract HIV because his biological mother had the foresight to use what was then a controversial antiretroviral therapy. He is now a senior in high school, who lives with his mom and her husband, HIV-vaccine all-star Louis Picker.  I had the privilege of photographing their family recently, at their home in Portland, for the current issue of Onward magazine. Read more of Belinda and Louis’s stories to combat the HIV/AIDS crisis here. 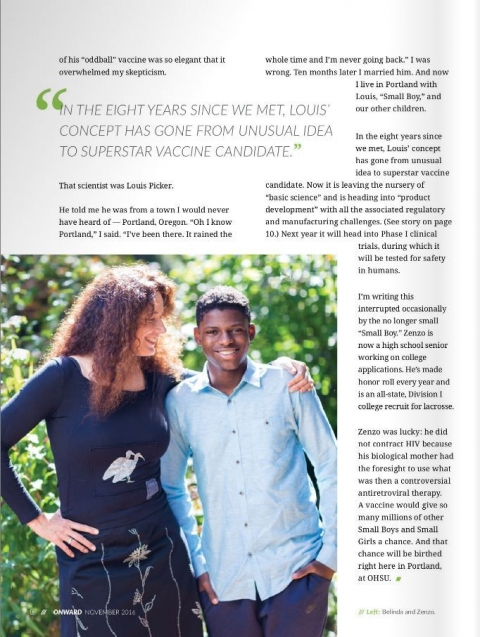 Belinda and Zenzo in the magazine Onward. 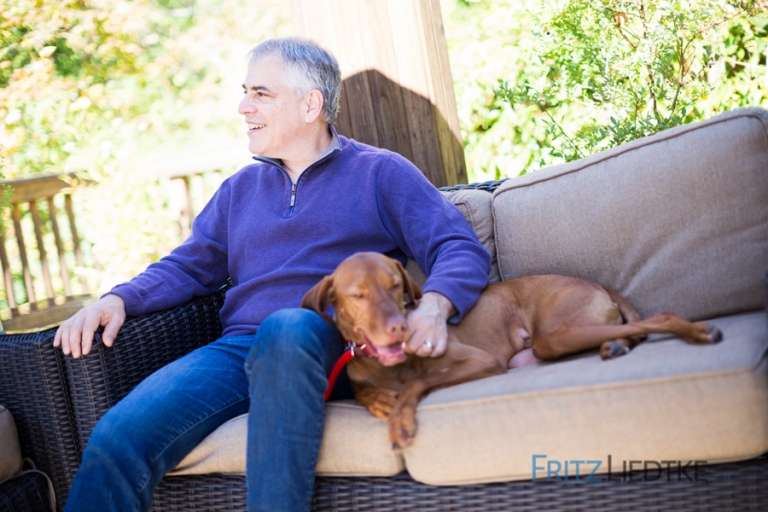 Louis Picker relaxes at home with his dog