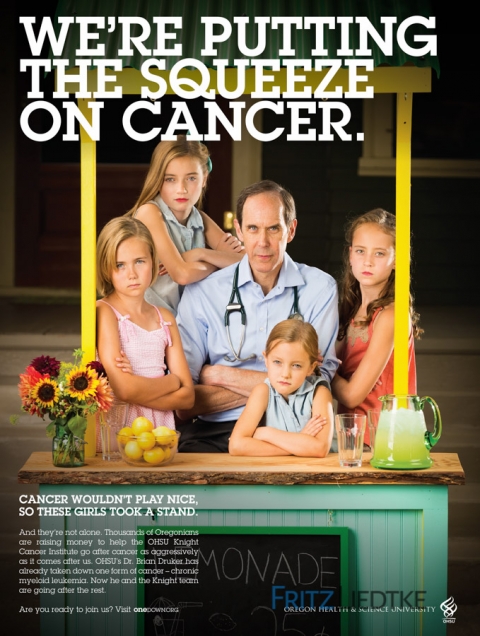 In 2014, Nike founder Phil Knight challenged Oregon Health Science University to raise $500 million for cancer research, which he promised to match with $500 million of his own money.  The race was on, and OHSU was up for the challenge.

The OHSU Foundation hired photographer Fritz Liedtke and his team to create the images for their campaign.  Together they created multiple national ad campaigns that helped raise $500 million…in less than 2 years!  Subjects photographed included Columbia Sportswear owner Gert Boyle (who donated $100 million to the campaign), Nike founder Phil Knight, and Dr Brian Druker.  Dr Druker is famous for being the first scientist to develop a cure for cancer, in the form of Gleevec.

Fritz tells us: “It was a fundraising feat like no other, and a real privilege for me to participate in it, by photographing their ads.  To know that my work, and the $1 billion raised, will help fund the fight against cancer is really gratifying.” 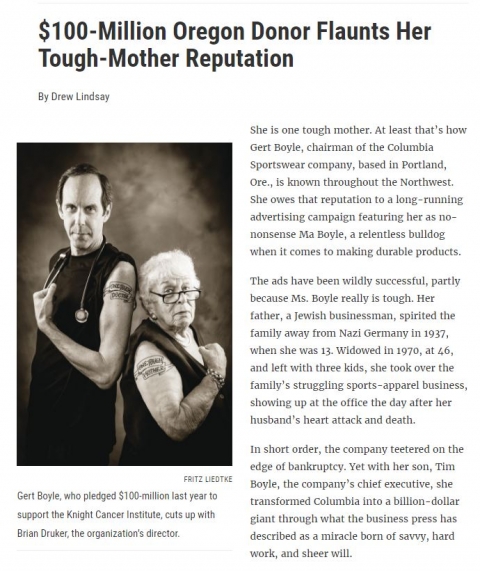 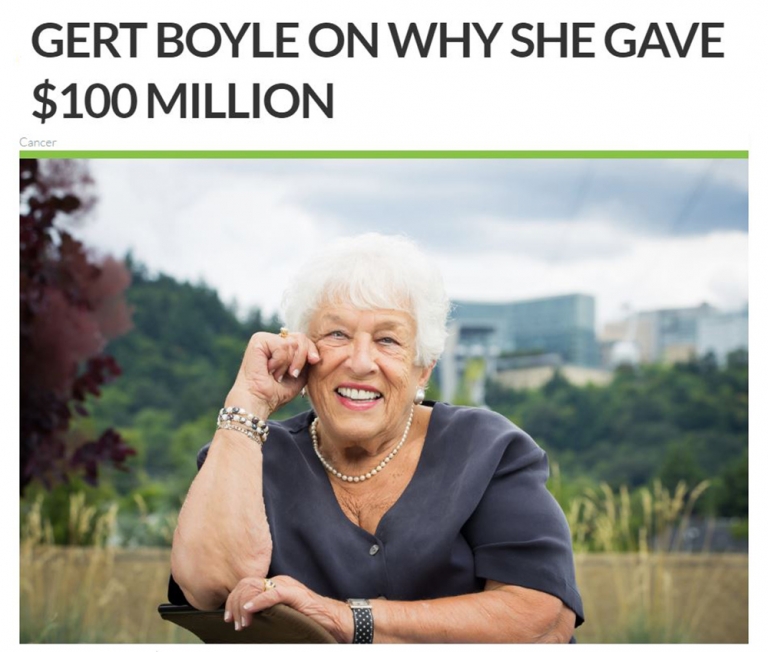