In Remembrance of Gert Boyle

It was with real sadness that I learned of the passing of Gert Boyle this week.  Not only has she been an Oregon icon as the owner (and public face) of Columbia Sportswear, but she was a feisty and generous woman that I had the privilege of working with on a couple of occasions.

Several years ago, during the Knight Cancer Challenge, I photographed Gert for OHSU’s fundraising campaign.  Not only was she fun to work with, but right in the middle of our photo shoot, she handed an envelope to Cancer Center director Brian Druker.  While I was standing there (actually, kneeling on the concrete…), she made a huge donation to the fundraiser to beat cancer.  It was a special moment I’ll never forget.

We were privileged to have Gert in Portland, and we’ll be reaping the benefits of her generosity for generations to come. 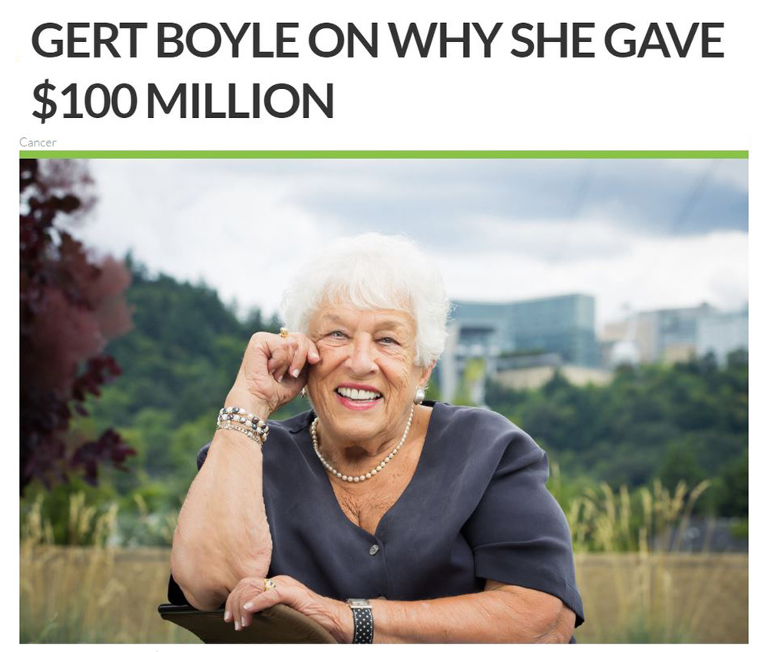 As part of the campaign, the art director had me recreate Gert’s famous “One Tough Mother” ad, but with the addition of Brian Druker, head of OHSU’s cancer research.  The main challenge: Gert was short and Brian is tall….