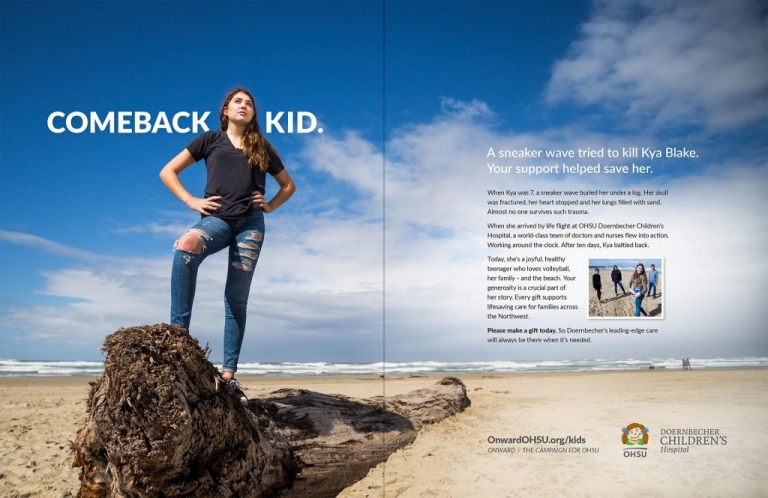 Kya Blake was struck by a sneaker wave, buried under a log…and lived to tell about it.

Here’s what my client, Doernbecher Children’s Hospital, had to say about Kya’s story:

Nothing stops Kya Blake. When she was seven, an ordinary trip to the beach almost killed her. A sneaker wave buried her under a log. Kya’s skull was fractured, her heart stopped and her lungs filled with sand. First responders described her as lifeless.

But nothing stops OHSU Doernbecher Children’s Hospital either. When Kya arrived by life flight, a world-class team of doctors and nurses flew into action. After ten days, the 7-year-old girl who wouldn’t quit opened her eyes, beginning the road to recovery.

Telling stories that inspire others to give…this is what we live for.

May 2018 Update: I’m honored to have received 2 Gold awards for this advertising campaign, from the Aster Awards and the Healthcare Ad Awards.  Many thanks to Gard Communications, ad agency for this project, for submitting to these awards, and congratulations to the entire team for the recognition of the hard work put into it! 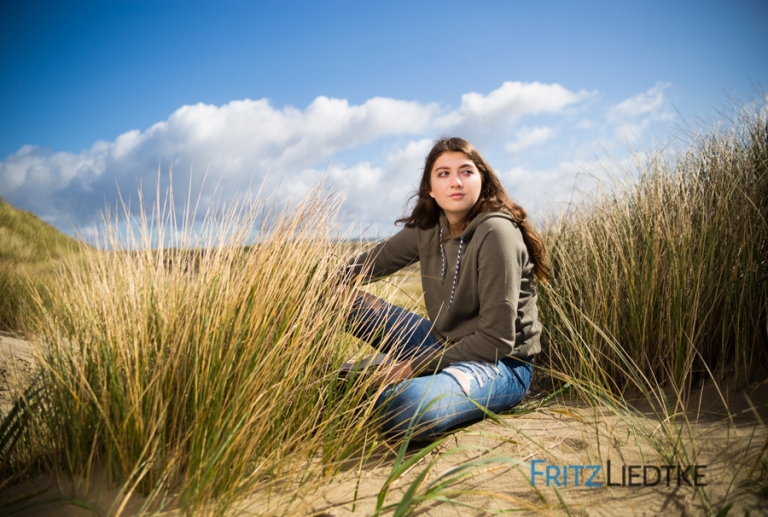 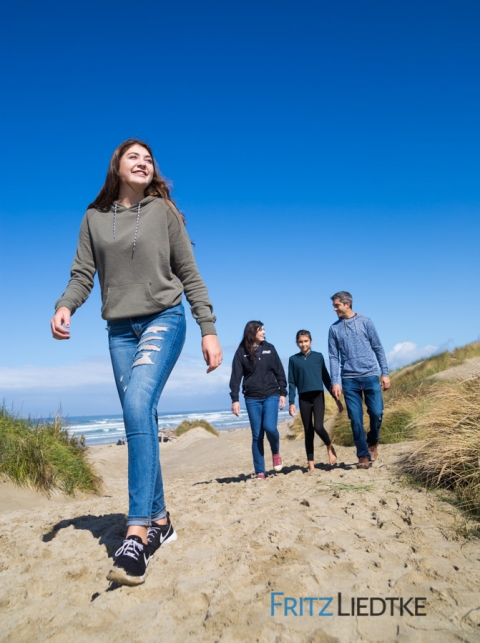